Who will regulate the regulators?

Fifteen phony products - including a gasoline-powered alarm clock - won a label from the government certifying them as energy efficient in a test of the federal "Energy Star" program.

Investigators concluded the program is "vulnerable to fraud and abuse."

A report released Friday said government investigators tried to pass off 20 fake products as energy efficient, and only two were rejected...

But the General Accountability Office, Congress' investigative arm, said Energy Star doesn't verify claims made by manufacturers - which might explain the gasoline-powered alarm clock, not to mention a product billed as an air room cleaner that was actually a space heater with a feather duster and fly strips attached... 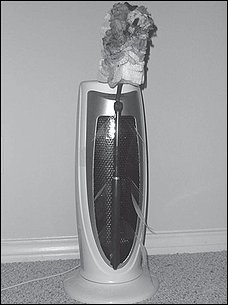 Energy Star-certified air room cleaner that was actually a space heater with a feather duster and fly strips attached.

In addition, the four phony GAO companies were able to become Energy Star partners, giving them access to the program's logos and other promotional resources. Energy Star didn't call any of the companies or visit the addresses...

... the EPA and Energy Department told investigators in briefings that although the program is based on manufacturers' certifying their products meet efficiency standards, that efficiency is ensured through aftermarket tests and self-policing... [AP]


Ah, that's the answer, the regulators regulate themselves.

I'm so relieved that the regulators will now be regulating the entire nation's health care too.